The latest title in the famous Combat Mission franchise of wargames, now on Steam. Shock Force 2 brings you to a hypothetical conflict in Syria between the forces of NATO and the Syrian Army. Take command of US Stryker Brigade Combat Teams (SBCT) and Heavy Brigade Combat Teams (HBCT) to fight against Syrian Army Infantry, Mechanized and Armored units in an arid setting. Experience the full range of modern threats to conventional military forces, including irregular combat forces, terrorists, spies, suicide bombers, IED’s and other deadly tools employed in the asymmetric warfare of the modern day. Play the Task Force Thunder campaign, more than a dozen carefully crafted battles, or unlimited Quick Battles. Players are assigned detailed missions to accomplish based on a richly diverse set of Objectives. Missions can be played in either Real Time or our WeGo hybrid turn based mode introduced with the first Combat Mission game 20 years ago. WeGo allows each player to plan out 60 seconds of combat and then watch as both sides’ commands are carried out simultaneously. The WeGo system also allows for re-watching turn action and playing against another player by email (PBEM) or “hotseat” on a single computer. RealTime and WeGo head to head play can also use TCP/IP on a LAN or over the Internet. Massive replayability comes from a unique Quick Battle system which allows players to purchase their own custom force and fight over the battlefield of their choice from a wide array of different maps. A powerful map and scenario Editor allows you to create battles or campaigns for yourself and others. 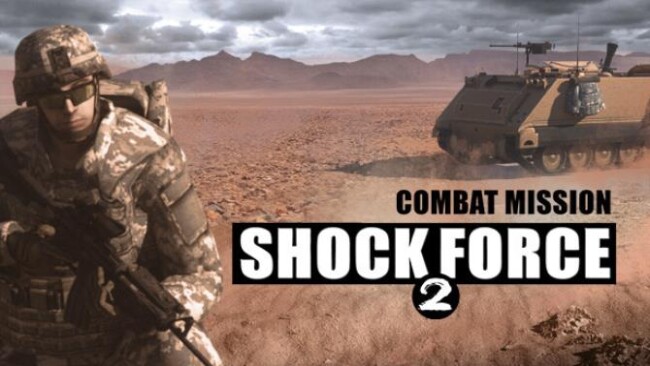 Click the download button below to start Combat Mission Shock Force 2 Free Download with direct link. It is the full version of the game. Don’t forget to run the game as administrator. 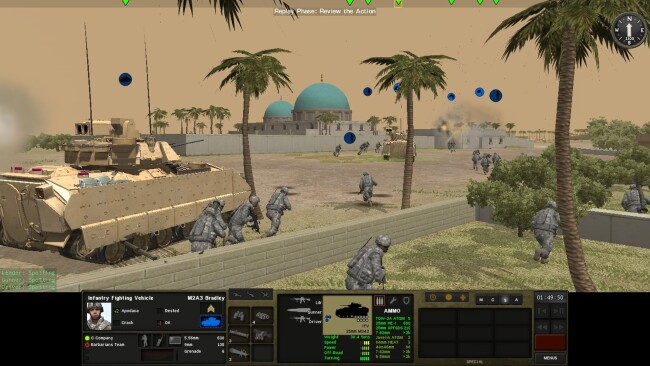 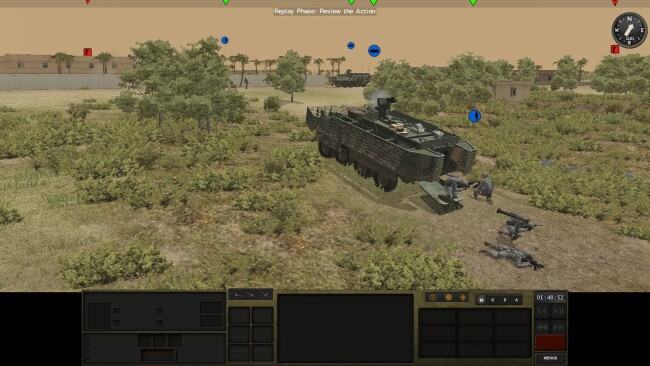