Tony Hawk’s American Wasteland is a video game that has been released for the PS2, Xbox, Xbox 360, GameCube and PC. The game was developed by Neversoft, and published by Activision. Aside from skateboarding, bicycle riding is also present in the game. It was released in October 18, 2005. Tony Hawk’s American Wasteland is the first game in the Tony Hawk franchise that allowed players to play in one large level without loading times in between. In the September 2005 edition of Game Informer Magazine, a map was shown displaying THAW’s Los Angeles with an insert of an overhead view of the Boston stage from Tony Hawk’s Underground 2 for comparison. The Boston level appeared to be about three quarters the size of one THAW area, with the exception of the “Vans Skatepark” and “Casino” areas. Click the download button below to start Tony Hawk’s American Wasteland Free Download with direct link. It is the full version of the game. Don’t forget to run the game as administrator. 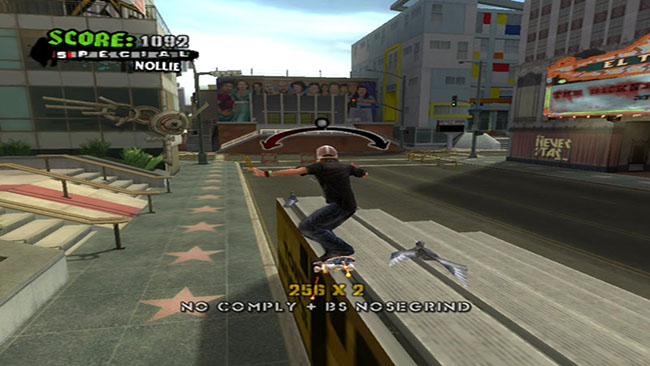